Dr. John Brandon Winters attended Montana State University, earning a Master’s degree in Parasitology in 1969. Following a tour of duty in Vietnam, he returned to the United States and attended veterinary school at Washington State University. After graduating in 1976, with a Doctorate in Veterinary Medicine, he relocated to Southern California and joined the Beverly Hills Small Animal Hospital later the same year.

Among other achievements, Dr. Winters has served as head of the Southern California Veterinary Medical Association (SCVMA) Grievance Committee for over 18 years, is well known for his work as the official veterinarian of the Beverly Hills Dog Show, donates his time to the SCVMA sponsored low-cost vaccination clinic held yearly in the city of Beverly Hills, as well as providing veterinary services to several local doggie daycare facilities, groomers, and trainers.

Recipient of the H. Don Mahan Memorial Award in January 2005, presented for his 29 years of dedicated service to the veterinary profession, is the crowning glory of his many accolades and awards. Dr. Winters has an encyclopedic memory with the ability to identify almost any breed and its specific needs. He also rarely needs to look up a phone number and greets his clients like old friends, as most of them are.

In his leisure time, Dr. Winters enjoys driving his 1962 Corvette, attending sporting events with his sons, Lane and Logan, and playing with his Labrador, “Duke” and Pug, “Peanut.” 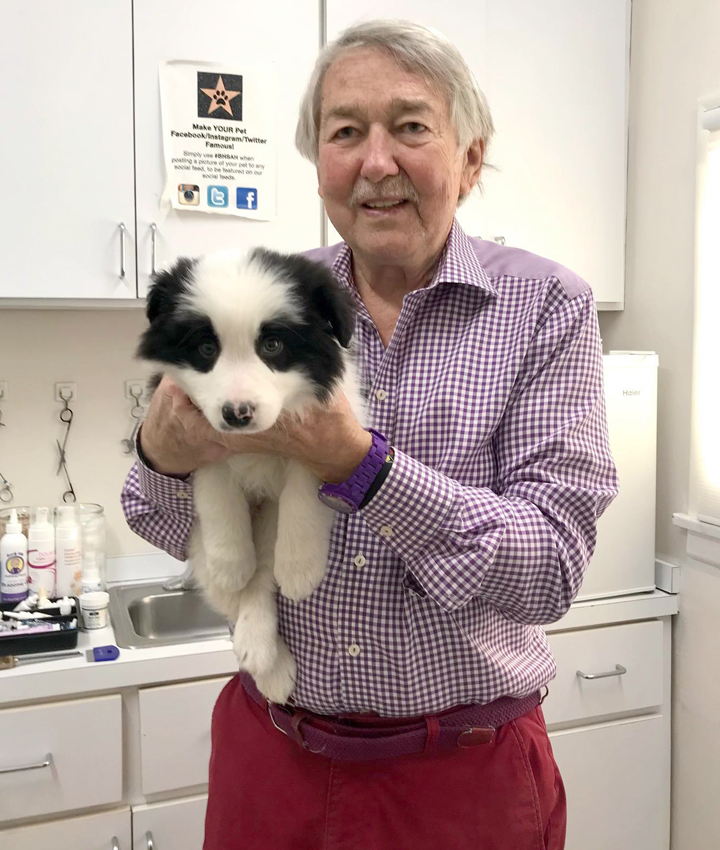